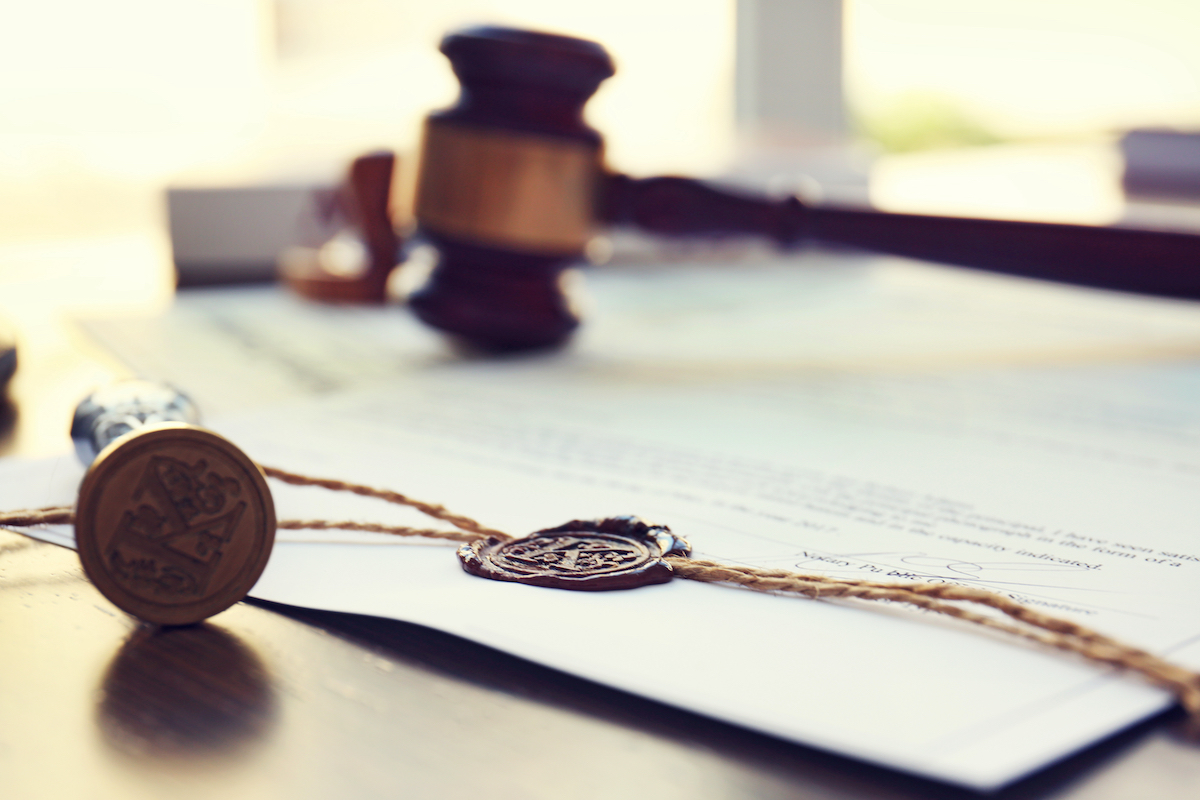 For years, Certificates of Authenticity (COAs) have been used as trusted sources to prove the provenance of a work of art. They accompany the selling transactions of most works by living artists and are increasingly being linked to top-of-the-art digital technologies. However, recent forgery scandals on the highest levels of the art world and controversies regarding authenticity have opened up questions on the efficacy of these documents and have brought on heavy legal burdens to the art foundations and scholars involved in art authentication practices. This post explores the role that COAs have within the art world and uncovers some of the controversies associated with them.

What are COAs in the first place? While COAs are not regulated by any institution or law and can have many shapes and forms, traditionally, certificates of authenticity for artworks include descriptive details of an artwork next to its picture, the title or subject matter, location, editions (if applicable), names of previous owners (when relevant) and, if applicable, artist’s or dealer’s rubber stamp titles, and entries of reference books of other resources that contain information about the artwork or the artist that produced it. Now, there is a difference in the role that COAs play within the art world depending if the artist that created the artwork is dead or alive, if the artwork is traded in the primary or secondary market, and also if the artist´s work regularly has a low or high market value.

On one hand, the works by living artists offered in the primary market (galleries, dealers, artists by themselves, one-on-one online sales of all sorts) are often accompanied by COAs signed by the artists and, on occasion, include the artist´s fingerprints, blind stamps, seals or other difficult-to-duplicate features. Printable templates for COAs of living artists´ works are offered free of cost on all sorts of websites and some companies issue COAs for artists and galleries and attach them to all sorts of technologies ranging from QR codes linking documents to artworks to the most sophisticated blockchain technology that combines the functions of the artist's signature, the traditional certificate of authenticity, and secure digital identity.

The latter is part of the crypto-craze and has been gaining traction during the last few years. For example, Verisart, a blockchain verification platform for art, pulls together the certificate, provenance, and registry of artwork and, while it does not verify the authenticity of the work itself, it verifies who issues the certificate (the artist or appointed representative of that artist), referred Stir World.

On the other hand, the COAs of dead artists’ works normally involve the role of the art authenticator who can be a scholarly expert, curator, or entity that protects the rights of the late artist such as a foundation, scientific committee, archive, or a descendant of the artist (more commonly seen in Europe). In this case, the COA should include the name, credentials, and signature of the authenticator. Depending on the value attached to an artwork and to the number of documents that prove the work´s provenance, the procedure for issuing a COA can be easy or incredibly complex. Frequently, it includes extensive research about the artwork and all its paper trails, scientific studies made to the artwork, and the connoisseurship of expert scholars with extensive knowledge about the artist´s work.

More often than not, when an artwork grants a place in the artist´s catalogue raissoné (comprehensive lists of artists’ works usually undertaken after the artist´s death by a museum or artist´s foundation) the artwork is considered as authentic and the entry number of the catalogue is included in its COA. Nonetheless, during the last few years, a great number of controversies have been attached to the COAs and have impacted directly on the discipline of art authentication. Let's look at some of them.

While COAs are widely used within the primary market and are increasingly gaining more complexity in terms of the bulletproof technology attached to them, until recently it was also common for reputed art foundations of diverse kinds to issue certificates of authenticity for masterpieces worth millions of dollars. At the same time, world-class scholars used to offer their expert opinion regarding the authenticity of an artwork for a fee. For example, Kirk Varnedoe, Chief Curator at New York’s Museum of Modern Art from 1988–2001, frequently provided authenticity opinions on drawings attributed to Rodin, referred Justine Mitsuko Bonner in the paper Let Them Authenticate: Deterring Art Fraud.

However, all this changed during the first years of the 2000s when diverse controversies questioned the efficacy of such documents. For instance, during these years expensive artworks that were once backed up by COAs coming from reputed sources were later discovered to be fakes. On the other hand, there were arduous legal disputes between art foundations that deemed an artwork as not authentic and collectors who assured they were the real thing.

In the wake of millionaire losses, both the collectors who have bought fakes and the owners of artworks that were deemed as non-authentic embarked on lengthy legal battles with art experts and foundations suing them for disparagement, libel, fraud, breach of contract, and antitrust violations. As Justine Mitsuko Bonner stated in her paper, all this resulted in museum curators and conservators as well as art history professors and experts at artist foundations now avoiding to give authentication opinions or issuing COAs that could affect the value of a work of art to anyone outside of the institution they represent.

As proof of this, foundations representing Jean-Michel Basquiat, Alexander Calder, Keith Haring, Lee Krasner, Roy Lichtenstein, Jackson Pollock, Isamu Noguchi, Picasso, and Andy Warhol dissolved their authentication boards due to the fear of litigations, reported The Art Newspaper. Similarly, catalogue raisonnés, which are one of the key elements in declaring the authenticity of an artwork, are still issued by foundations but with extreme caution, explained ArtNet News.

To get a quick glimpse of the high cost these battles have entailed for art foundations within the US, we can name Simon-Whelan vs. Andy Warhol Found. for the Visual Arts. After the Andy Warhol Foundation twice deauthenticated an alleged Warhol self-portrait owned by Joe Simon, Simon sued the Foundation, alleging an antitrust cause of action based upon the Foundation’s alleged conspiracy to monopolize and control the market for Warhol art. Even if the suit was eventually dropped, the Foundation spent over $6 million fighting it and stopped authenticating Warhols in 2011.

In part, resulting from this and many other lawsuits against art foundations, the once legally unprotected discipline of art authentication slowly started to obtain some protection in 2014 and 2015, when The New York Senate passed a bill to reduce the legal burden that art authenticators can potentially face. As ArtNet News explained, the bill aims to make it more difficult to take legal action against authenticators within the US, and to minimize their litigation costs when such cases do go to trial.

Quite another story is seen in Europe where direct descendants of artists are entitled to issue COAs or bring about the destruction of works deemed inauthentic. For example, in France, some committees and artist estates hold the droit moral, or the moral rights, to an artist’s work and can legally challenge an attribution in court. As evidence of this, in 2014, the Chagall Committee refused to return an artwork a collector (who paid £100,000 for the painting in 1992) had asked them to evaluate and ordered its destruction, detailed BBC News.

Regardless of the different legal frames surrounding art authentication, sometimes the authentication committees of the most important artists of all times do not share the same opinions. The latter makes us remember art authentication is not an exact science. Likewise, many times external interests are included in this discipline when it reaches the highest ladders of the art world. As explained by Felicity Strong from The Conversation, such was the case of Monet's painting, Bords de la Seine à Argenteuil, which has been twice excluded from The Wildenstein Institute´s catalogue raissoné while experts at the Courtauld Institute of Art in London have deemed it as authentic. The work’s exclusion from the Wildenstein’s means a huge difference in the potential price if the work is ever sold.

Red flags to look for in COAs

The controversies mentioned above relate to extremely expensive works by famous dead artists but, on the contrary, the COAs of most of the works by living artists do not involve such complex processes or legal battles. Instead, most collectors rely on catalogue raissonés and independent experts that issue COAs. Also, many collectors opt to buy from reputed sellers such as galleries or auction houses who usually do their best to ensure the authenticity of the works they sell. Some auction houses even have an in-house art authentication department. For example, in 2016, Sotheby's acquired Orion Analytical, a high-tech scientific research firm with extensive expertise in provenance research and investigating high-level forgeries. James Martin, the head of this firm, played a leading role in investigating the fake Abstract Expressionist paintings sold through the now-defunct Knoedler Gallery in New York, reported The Art Newspaper,

All in all, COAs are non-mandatory and have no real value if they are not accompanied by the proper documentation verifying the authenticity of the artwork. Likewise, as Charles and Thomas Danziger stated in an ArtNet News article, at least within the US, it is the art market itself that ultimately decides whose opinion matters in determining what is an authentic work and what is not.

With all this being said, there are a few things that you should look for if you ever come across a COA. Art Business issued the most common red flags to look for in these documents:

In the end, what matters most when buying an artwork or trying to verify its authenticity is not a piece of paper or encrypted digital file per se, but all the information, paper trail, and the seriousness of the research that backs each COA. As we have seen, the role that COAs play within the art world varies if one is dealing with a work by a living, recently deceased, or famous dead artist. In all cases, one should keep in mind that all disciplines associated with art, including Art Authentication and Art History, are not exact sciences so even if a scam is not in place one can expect an array of opinions that can change over time.

Please sign up for a free trial at ArtCollection.io to manage your COAs.