Biennials around the world: present and future 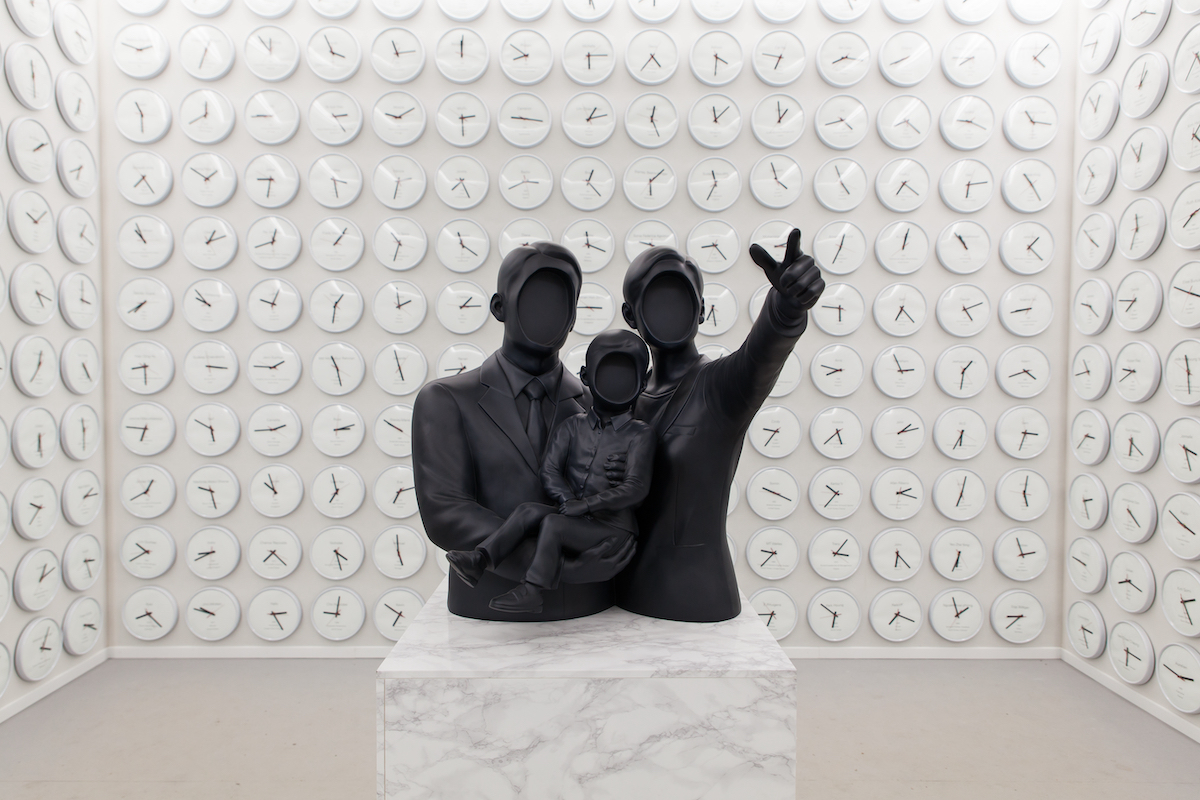 Biennials are one of the most important phenomena of the art world. These international large-scale art exhibitions have ripple effects for the careers of artists, curators, and the trends that impact the art market. Biennials were formalized in the 1980s and, over the last two decades, have grown exponentially to all corners of the world. However, due to the current health crisis, biennials have been forced to alter their usual schedule with a good number postponing operations till 2021 or 2022, while others scheduled for 2020 are striving to adapt to the “new normal.” This post covers the main features of biennials and explores how some of them are responding to the current health crisis.

While biennials evade a single definition, Terry Smith from the Biennial Foundation, describes them as “a display of the contemporary art of the world in ways that are entertaining, instructive, and competitive, all at the same time.” Likewise, biennials are networking hubs through which future projects are built and local and international art worlds collide.

Biennials, which tend to be on the opposite side of art fairs, distinguish themselves by staying outside of the commercial realm. However, being part of an important biennial has long-lasting effects on an artist’s career and their market. Biennials validate an artist and open opportunities for future museum shows, gallery representation, and sales opportunities. At the same time, curators can be propelled into the spotlight when selected to curate a large scale show at the most important biennials around the world.

All in all, being a part of a biennial is synonymous with prestige even if joining one comes attached with a tremendous amount of work for little pay. Additionally, while biennials are usually funded by public resources and private sponsors, the artists and their galleries are the ones responsible for production costs associated with the site-specific work, reported Artnet News.

Biennials also have a positive effect on the hosting cities and regions who were once considered as “peripheral” for the contemporary art world. Many experience a boost in tourism, while also benefiting from the programs and public discussions that allow the city to form part of cultural discussions.

Importantly, there is also a social, political and economic component associated with biennials that, on more than one occasion, have drawn controversy. As explained in the text Biennialogy (2010), some consider biennials to be a symptom of the spectacular event culture of our times; while those on the other side think they trigger experimentation by offering artists and curators a more immediate format than museums. Whatever side one takes, the sure thing is that during the course of their history biennials have generated wide debate and have also seen some of the most thought provoking-works and exhibitions of our time.

The first biennial and the “biennial boom” 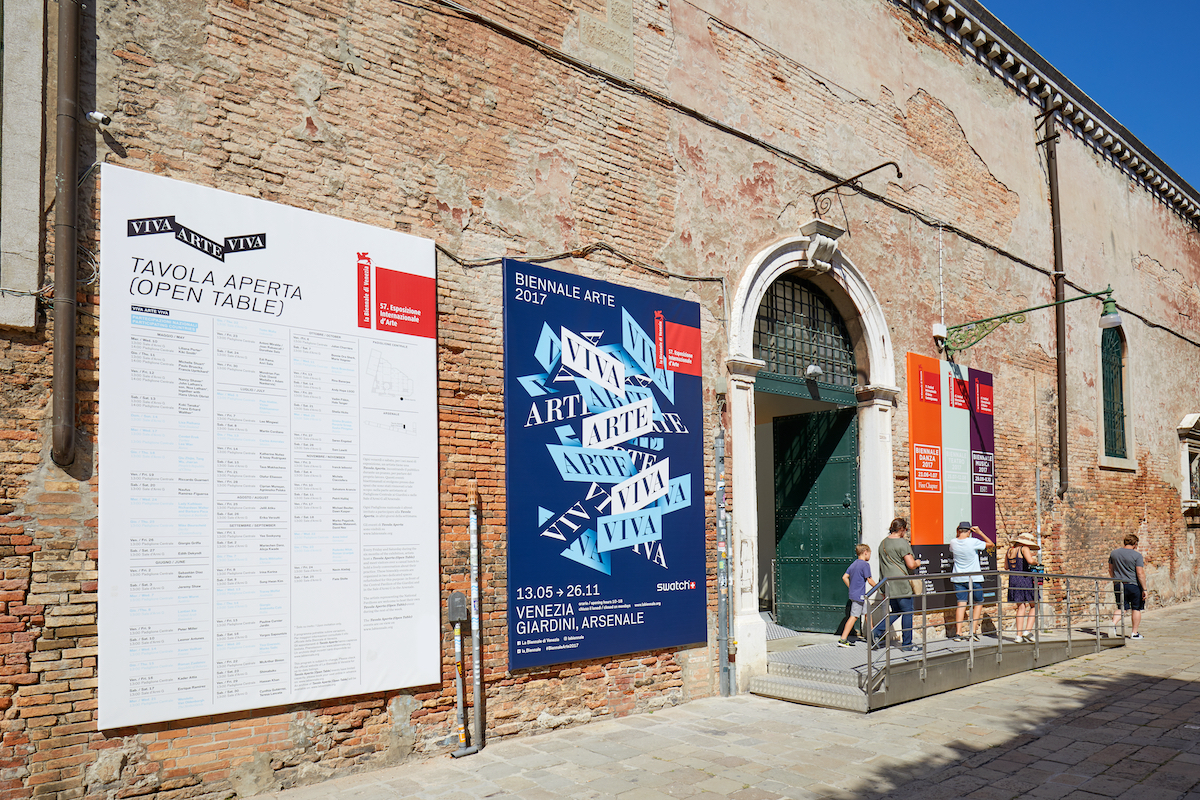 Outside the 2017 Venice Biennale

In The Global of Art: World's Fairs, Biennials and the Aesthetic of Experience (2016), Caroline A. Jones asserts that the structure of the biennial stems back from the creation of the “world fairs” whose golden age lasted from the mid-nineteenth century to the 1930s. Particularly, the Venice International Exhibition may be considered as the foundational event that started the history of biennials. Created in 1895 (turning into a biennial some years after its creation), this event introduced one of the main components of the biennial: the cultural exchange between nations and the negotiation between local and international artworlds. Importantly, as Andrey Shabanov asserts in a review, the rise of biennials has marked the shift of art as an object to art as an event to be experienced.

Moving ahead in time, the creation of the Bienal de São Paulo, in 1951, was another turning point for the history of biennials since it was the first non-European biennial, and the first one to be hosted by a non-Western country. The next important biennials were the now-defunct Paris Biennial (1959), the Sydney Biennial (1973), the Havana Biennial (1984), and the Istanbul Biennial (1987).

However, the “biennial boom” exploited during the mid-1990s and has continued to evolve during the last two decades as the contemporary art field has gone global. Nowadays, there are biennials all around the world and the Directory of the Biennial Foundation lists over 270 active biennials. There is a clear concentration of biennials in European and East Asian cities, with the most famous occurring in the Americas, Africa, or South Asia. Among the most important ones are the aforementioned Venice Biennale, Manifesta, The Whitney Biennale, Glasgow International, Berlin Biennale, Istanbul Biennial, and the Carnegie International.

Biennials and the pandemic

A successful biennial is, by its very nature, an extremely crowded event. To get an idea of their scale, large biennials often draw a half-million attendees, reported The New York Times. Like the rest of events around the world, biennials have had to shut down due to the rise of COVID-19 in 2020. During the first months of the lockdown, biennials strived to push their schedule back a few months, but as time went by, it became clear that this was not going to be a feasible format for large scale events.

As a result, most of the major biennials have postponed their programming for 2021 or 2022. This calendar is not final given every few weeks other biennials opt to change their schedules and they are also funding concerns with resources being redirected. Artnet News stated that there are at least 20 major biennials scheduled for next year, many of which were originally supposed to happen in 2020, with others being pushed back to 2022. Nonetheless, the biennials happening in 2022 will face strong competition with two of the most important international art events taking place that year, the quinquennial Documenta exhibition and the Venice Biennale. Interestingly, a few well-known biennials have decided to take place in 2020 adapting their format and scale. For example, Manifesta and the Berlin Biennale were recently on view in Marseille and Berlin.

The current juncture has also rekindled the debate on the future of biennials and how they relate to the contemporary art world, aside from being a great place to discover the next “hot” artist to impact the art world. “Maybe this is a moment we should critically look at ourselves,” said Hedwig Fijen, the art historian behind Manifesta to The New York Times. “Maybe we all need to think about the long-lasting potentiality of flying to 10 art fairs and 10 biennials every year, and whether this is relevant and urgent…The depth is what we are missing,” he added.

In the next few lines, we provide a general overview of the biennale landscape and how 2021 and 2022 are looking calendar-wise.

From the public to the digital realm: The Biennale of Sydney 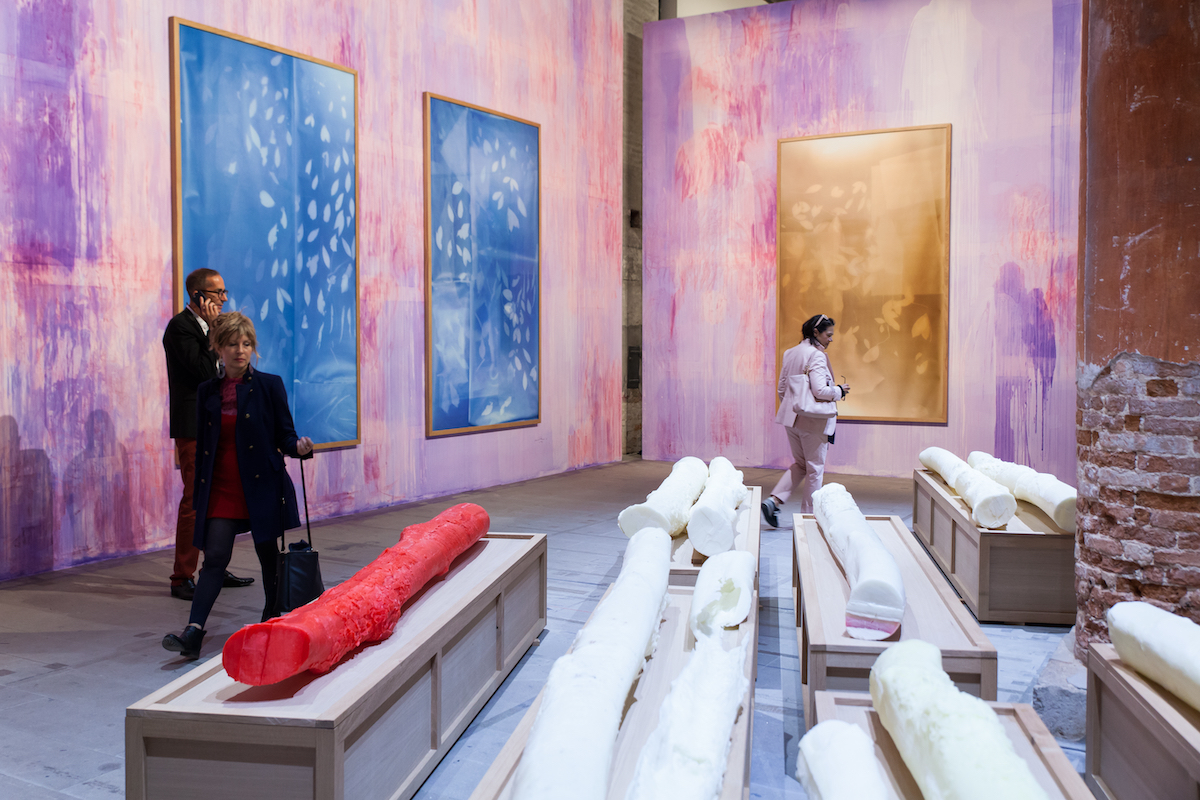 Inside the 2017 Venice Biennale

The 22nd Biennale of Sydney, NIRIN, was opened on March 14 under the artistic direction of Brook Andrew featuring more than 700artworks by 101 artists and collectives. On March 23rd, as the world went into lockdown, the Biennale of Sydney was forced to shut down and promptly shift its operations to the digital realm. Its virtual edition was possible through a partnership with Google and included digital versions of the exhibitions, virtual walk-throughs, podcasts, curated tours, and artist takeovers, Artsy revealed.

Manifesta and Berlin Biennale: the look of biennials in 2020

Starting on August 28, this event was open in six parts every week until October 9, and the exhibition was on view in its entirety through November 29. Manifesta is known for exploring the social context of its host cities, and this year´s edition focused on the local communities of Marseille and tackled their tough realities. The programming sprawled across 20-plus venues located in public museums, project spaces, and repurposed industrial structures, and there was an ambitious satellite educational program set in motion across the city, detailed ArtReview. Likewise, curators kept the shipping of artworks to a minimum and dug into Marseille’s collections carefully integrating the selected artworks and projects within each venue. For most part, the local community had a positive response to the programming (even if there were initial concerns for the funding of the event), but, as could be expected, the usually strong international attendance was very low, stated The New York Times. Nonetheless, this edition´s reviews were fairly positive particularly given the extensive research and carefully-thought interaction that the programming of the fair proposed with the venues and communities of the hosting city.

The Berlin Biennale decided to open in September across four venues. This year’s edition, The Crack Begins Within, was curated by María Berríos, Renata Cervetto, Lisette Lagnado, and Agustín Pérez Rubio. The 76 artists list was formed, in great part, of women artists from the Global South, that have yet to be widely exhibited in Europe. Overall, the biennial was rooted in Berlin’s independent art scene and the city’s diverse communities. The exhibitions analyzed the cultural landscape within the city, and also reflected on pressing issues such as solidarity, vulnerability, and resistance, themes that, according to the organizers, are more relevant than ever. Due to Covid-19, attendance was fairly limited and visitors had to book their schedules well in advance.

Luckily, as Artnet News revealed, before opening its final exhibition on September 5th, the 11th edition of the Biennale started one year ago with a series of three 'experiences' (named exp. 1-3 after the performances of Brazilian artist Flávio de Carvalho) comprising exhibitions and activities. Exp.1 was titled The Bones of the World and opened in autumn 2019 in ExRotaprint, a space that also worked as the biennial´s headquarters. Exp. 1 was then followed by two other shows. Aside from the emergence of Covid-19, the unusual format of this event was part of the curator´s efforts to rethink the future of biennials. “We were all conscious that the biennial model had to change,” Agustín Pérez Rubio declared to Frieze.

At first, the biennial was postponed one month, but was later pushed a full year. Jacopo Crivelli Visconti is lined up to curate the next edition.

Aside from practical motivations, the 2021 Biennale de Lyon was also postponed over ethical concerns after considering that other matters such as health, food and shelter were more pressing than an art exhibition.

This biennial was postponed so that the museum could focus on its exhibition program, which includes a Jasper Johns retrospective (2021). According to The New York Times, the curators, David Breslin and Adrienne Edwards, have also considered that the artists involved should have the proper space and time to make their best work.